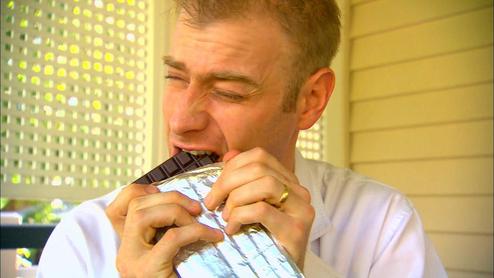 The first time I stood in front of a class of students, or a TV camera,  I don't think I really knew what I was doing. But I knew I had finally found something I really enjoyed, and it took off from there.

I grew up on a pineapple farm on the Sunshine Coast, about 90 minutes north of Brisbane. We regularly drove past a little reptile park if ever I played soccer near the Glasshouse mountains. Somewhere in there a young Steve Irwin was probably wrestling crocs, but unlike the wildlife warrior, I never really had a clear idea of what I wanted to do when I grew up. Ok, there  was the phase where I wanted to be a highly paid lawyer, but that was mostly about the salary, not the job. I was going through a Porsche phase and upon discovering their price-tag, some simple maths had led to the legal ambitions.

In hindsight, growing up on the farm was probably a pretty solid grounding for science and engineering. I learnt a lot that wasn't taught at school, including how to work on machinery (useful when restoring my first car from a wreck and a motor) and how to weed pineapples (never been useful since, it was not fun).

By the end of high school, when many people know what they want, I still had no idea. I took an eclectic range of subjects including German and Theatre, and when it came time to apply for University courses, I picked 5 very different ones and listed them. I got into number 2 on the list, a bachelor of science, at the University of Queensland.

Finally some certainty? No, I tried to change courses after my first year (to law I think, Porsches again probably) but my marks were not good enough. After my second year, I had the grades, but by now knew too many disgruntled law students and figured throwing two years of a degree away was silly, so I finished up my BSc (1994), and graduated. Still no idea what to do. The easiest thing was to ignore the problem and stay at Uni, I was beginning to have plenty of fun there after all.

In between being very involved in the Chocolate Appreciation Society (including as president of this 700+ member organisation) and playing a lot of soccer/football, I continued to study. First an honours year (1995), then despite telling myself I would not, I began a PhD in the chemistry (materials chemistry to be more precise). After a lot of chocolate, and a little chemistry (or perhaps the other way around) I submitted my thesis and headed overseas for a year (having also just been married). Still no idea what I wanted to do.

Three months travel, six months working in London in the accounts department of a telecoms company and another three months travel to get me home. Fix up the multitude of typo's in my PhD thesis and finally it is done (2000). Time to get a job, but which one? After applying for many and varied positions (customs officer, consultant, stock analyst) I was offered and took my first real job, with CSIRO Education. Shortly after starting, I finally realised I had found what I wanted to do. Communicate (and educate) people about science.

My job there entailed taking science programs out to schools and occasionally teaching them in our labs. Basically a travelling science teacher. But one day might involve rocks and fossils with year 1's, the next might be industrial chemistry with year 12's, so I learnt more about real world science in my first 6 months here, than in 8 years at University. Another, initially small, part of my job was to help Totally Wild (a long running children's TV show) film science related stories. I would send them ideas and they would come with a reporter and film them when I was not otherwise busy. This ad hoc arrangement continued for quite a few years until one fateful day I mentioned (at my father's behest) that I had a PhD. They were at first confused, but then realised it meant they could introduce me as "Dr Rob" (not a title I had ever gone by until that point). TV loves instant credibility, and that was that. About a year later the TV people at Network Ten decided they wanted to spin off the science stuff into its own show. Luckily for me, they wanted CSIRO involved and fairly suddenly, Scope was born (2005). 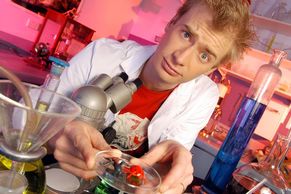 The first 13 episodes of Scope nearly broke us (the Scope team). It was exhausting because we were learning how to make this new show, and making plenty of mistakes as we went. At that point I figured it wasn't likely to last much more than 3 more years, and 5 years at the most. I was wrong, I am pleased to say. I was there for almost 11 years (and more than 400 episodes) as the show's host. I was lucky enough to get up and close with many cool creatures, visit many amazing places and interview some pretty bright minds along the way. Indeed the only reason I left was to move on with a new project that I felt strongly about, and that might not be possible if I waited too long.

That project is Experimentary, an online science education portal aimed at making teaching (and doing) science in schools easier and more engaging. While that project was under construction, I was approached out of the blue by a publisher about writing a kid's book about science. I loved the idea, and once I figured out how to make it a science book that wasn't just about science, we were off. The F.A.R.T. books (which are not about passing gas) should be out later in 2018.