(As the name suggests, there is also a long story, if you have the time or inclination). But below is a short, snappy, cut and paste type bio, plus some bragging bits.)
He'll wrangle a snake, blow up a perfectly good can of chips, or even get flung around a theme park, all in the name of discovery. Dr Rob Bell is probably best known for donning his trusty white lab coat and jumping into science (sometimes literally), as the host of the kid's science TV show Scope.  His enthusiasm for science is infectious, his curiosity is never ending, but best of all he can relate it all in way that kids (and adults) understand and enjoy.
He says that his love of science (and particularly the environment) came from growing up on a pineapple farm, where he became passionate about the impact that humans have on the environment and natural resources. It also gave him the chance to tinker with machines and just generally find out how stuff worked. 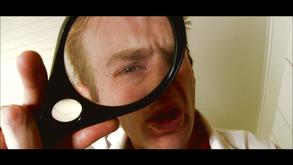 Dr Rob has a Bachelor of Science with Honours and a PhD in materials chemistry from the University of Queensland. And it was at university that he also held another prestigious title, that of "President - The Chocolate Appreciation Society". He has worked as a Science Education Officer for the CSIRO, teaching students about science in the lab and at schools, and spent nearly 11 years hosting the (award winning) Scope. ​
He has been lucky enough to meet Nobel laureates, astronauts and sporting legends. He has seen a space shuttle up close and flown with a jetpack, but his favourite place is a grand ballroom carved completely out of rock salt in an underground mine in Poland.

Currently he is developing a science education website and writing some kids books (with a sprinkling of science of course).

- Scope was shortlisted for the International Prix Jeunesse awards for children's television in 2005.

- Scope was nominated for the "Most Outstanding Children's Program" at the 2006 and 2012 Logie awards.

- Scope won the 2008 Japan Prize, an award for outstanding educational children's television. (I was even flown to Tokyo to collect the prize (and meet their royal family)).

Quiz Shows
The Einstein Factor (as part of the brains trust), ABC, 2009

International
The Rachel Ray Show - They flew me over twice to do science segments that went out to an audience of millions. You can still watch one of them, where we "walk on water". 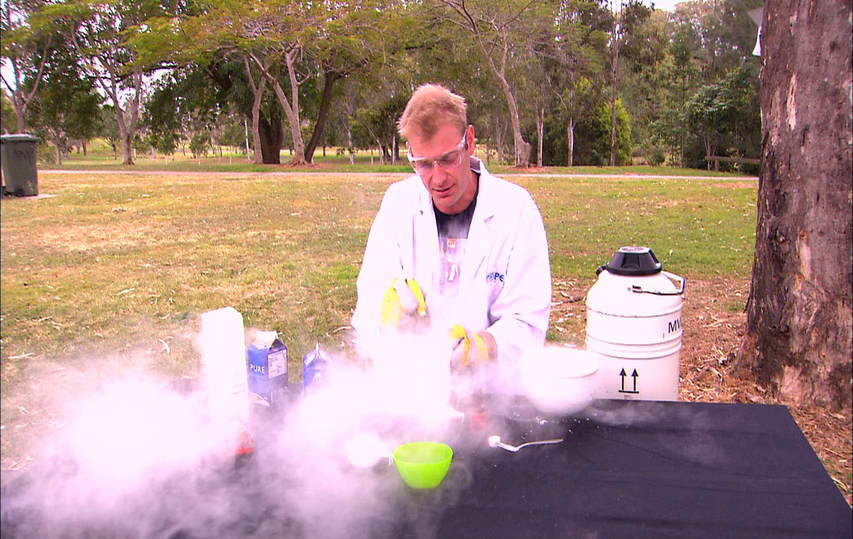